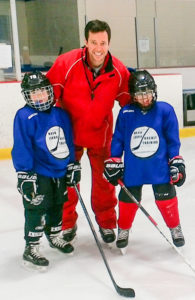 Mark started playing junior hockey at the age of 15 for Wheatfield Blades in the Empire Junior B Hockey League where he was selected to the All-Star Team that season.

After his only season with the Wheatfield Blades, Mark was 1 of 6 defenseman in NYS selected to play for Team New York at the Annual USA Select 17 Festival in St. Cloud Minnesota.  This festival features the Top 200 Prospects at each age level in the USA every year.

After graduation from Cardinal Mooney High School in Youngstown, Ohio; he went back to Youngstown where he played the whole season.  That season he was selected to the NAHL All-Star Team.

After his second year in Youngstown, Mark moved onto playing for the CD Selects in the EJHL.  During his season in Capital District, Mark finished 2nd on his team in overall points as well as 2nd in the league in goals and 4th in points by a defenseman.  That season Mark was selected to play for the EJHL All-Star Team who competed against the USA U-18 Team, featuring fellow Buffalo Native Pat Kane.

seasons at Rensselaer Polytechnic Institute (RPI).  Mark graduated from RPI with a BS in Business and Management in 2010.  After graduating from RPI Mark attended graduate school at the University of Buffalo where he received his Doctorate of Physical Therapy Degree in 2014.  During graduate school Mark interned in the Buffalo Sabres Scouting Department helping to breakdown video for the 2012 NHL Draft.

From 2015 – 2018 Mark was Director of Physical Therapy for Advanced Care inside IMPACT Sports.  Here Mark worked with youth to professional athletes across all sports providing manual treatment and exercise rehabilitation.  In May of 2018 Mark left the physical therapy field and pursued hockey and coaching as a full-time career.  Since that time Mark Zarbo Hockey Training has grown into the largest skills development company in the Buffalo/WNY area working with youth to college & professional players.

Outside of Mark Zarbo Hockey Training, Mark is the skills coach for the Buffalo Beauts, Director of Player Development for the Buffalo Regals, Lead Instructor for Bruce Bourdeau Golden Horseshoe Camp and content provider for Ice Hockey Systems. 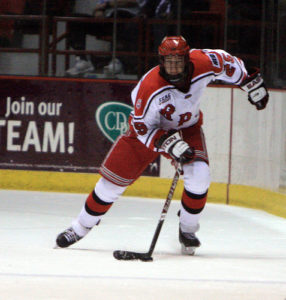 Mark considers himself a teacher and is known for being a very detailed oriented coach.  Mark is able to work with players of all ages and levels.